I won’t be applauding

I hate to be the one to tell you this, but you’re getting fucked.

I really feel like I can’t be around alcohol anymore. This has been a gradual transition for me. I stopped drinking when I fell pregnant with Lola… I couldn’t have managed alcohol then even if I’d wanted to. The mere smell of it (and everything else) had me heaving and wretching.
But its never left me… 2 years after giving birth and overcoming hyperemesis gravadium, I still feel nauseous if I smell alcohol. And it’s become deeper than that… I can see the dramatic shift in someone as soon as they have a single alcoholic drink. I see an entity take over… And it’s an entity that I don’t want in my presence.
Alcohol is used in extracting essences for essential oils. That’s what it does. It EXTRACTS the very essence of the soul…. Allowing it to be susceptible to dark entities of low frequencies. Why do you think we call the strongest drinks “spirits”?
Do you remember the taste of your first alcoholic drink? I do. It was horrible. But everyone was drinking it… I’d grown up watching my parents drink it… My friends and peers were starting to drink alcohol… So I forced myself to do it too. And I do mean forced. I compelled myself to keep drinking that wretched taste until I began “enjoying” it. And enjoy it I did…..you don’t spend the better part of a decade getting paid to be on more hotel pillows than a chocolate mint without a cocktail or 4, believe me.
I compare that first taste of alcohol with my first puff on a spliff 23 years ago. Feeling that warm sweet smoke fill my lungs felt like I was being held to the bosom of mother earth herself. Why wouldn’t it? It’s an organic plant feeding my body’s own endocannabinoid system.
Alcohol kills more than 3 million people a year and costs the NHS £3.5bn a year…..and yet its sold in every supermarket and corner shop. It’s advertised with glamour and it’s socially encouraged.
Do you know the most dangerous thing about utilising plant medicine? Cannabis, magic mushrooms, etc? The criminal record you risk if you get caught in possession of them. That’s it. That’s the most dangerous thing about it. Does that fact not shake you wide awake?
The more I read about alcohol lowering your vibration, the more it all makes perfect sense as to why this crap is so actively encouraged. I don’t want it around me. I don’t want it around it around my children.
My kids are going to grow up knowing the truth. That alcohol is a neurotoxic poison that serves no purpose other than to lower your vibration and damage your health… And that illegal plant medicine is the cure ✌️🌱 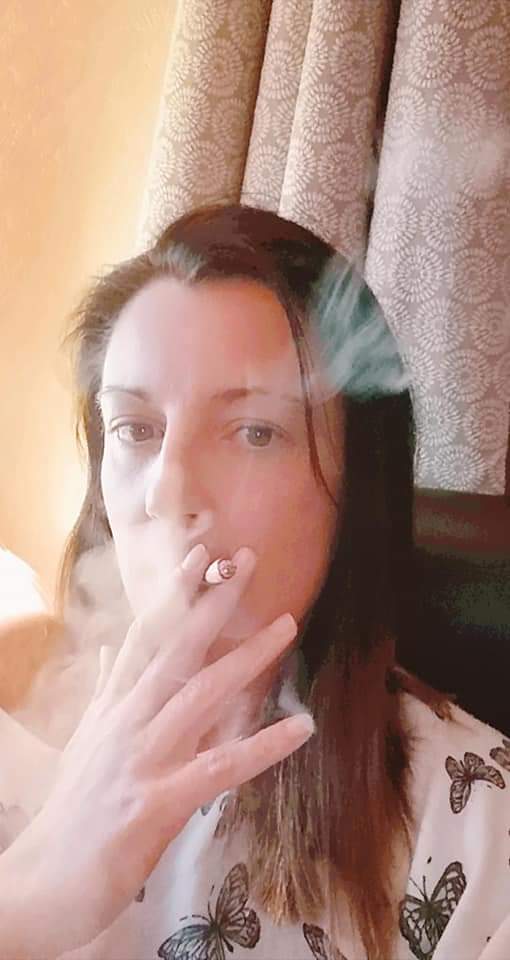 Can strippers be feminists?

I’m going to explain my opinion that I presented when I was debating if strippers could be feminists. The debate was instigated of the back of JLO’s new film “Hustlers” which Lopez herself has declared as “empowering”…. (you can watch the debate here)

First of all, I haven’t seen the film. Although I personally can’t wait to. I mean its got Jennifer Lopez. On a pole. AT AGED 50. FIFTY!!!! Looking like some form of queen that’s been grown organically in a sun-kissed meadow and never been within a 20-foot radius of gluten or sugar. Has she made a deal with the devil to look like that? JLO in that film is fucking empowering and liberating. No two ways about it. And from what I can gather, the film is about the girls (the lap dancers) forming a comradery. That sounds pretty empowering to me… But that was never my argument.
I spent over 10 years topless and up a pole in some of the best and most exclusive clubs in the world. Aged 17 – 23 it was my full-time job… And then I performed weekend appearances as recently as 9 years ago. In this picture, I was in Spain having been flown over for the sole purpose of entertaining “gentleman” while topless and on a pole. I have objectified myself in ways that I still can’t bring myself to write about. But be it time spent as a formula one girl, a ring girl, a glamour model or a lap-dancer, believe me when I say that my lap-dancing career was where I felt the most exploited.

Your job as a ring girl, formula one girl etc is to turn up and look pretty. If you find it liberating to parade around wearing next to nothing, then hats off to you. I actually had a blast doing those gigs back in the day.

However, your aim as a lapdancer is to do 2 things… Seduce the client and get him to spend as much cash as possible behind the bar. In other words, get him under the influence of a dangerous substance and turn him on to the point that he’s nothing more than a drooling sack of hormones. I defy any topless young woman to be in that environment and feel liberated.

If women want to show their body off… Then show it off!!!! It can be empowering and liberating!! But please let’s not mistake liberating self-expression with oppressive exploitation. 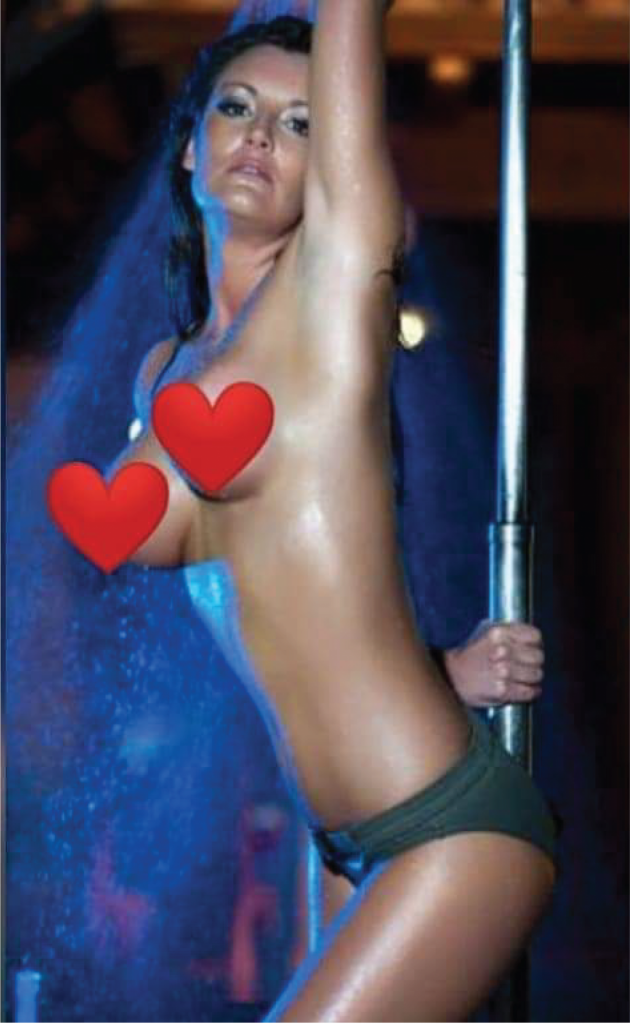 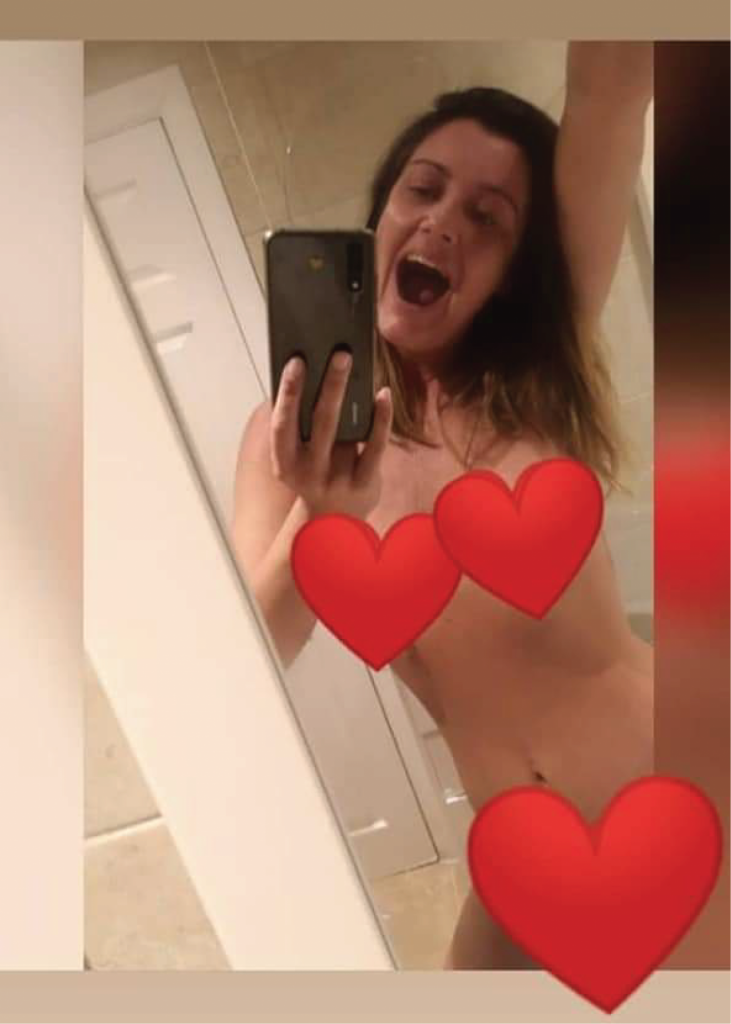 In this first picture, I’m in a private villa in Spain. I had been flown over to “perform” over there at a villa with a private nightclub. I was flown over by private plane and I was paid…..quite a lot of money. In this picture, I was being exploited. In my opinion, I also think that I look dead behind the eyes here. Being passed around like an hors d’oeuvre at an event isn’t empowering. I don’t care how many private fucking planes you flew on to get to it.

In the second picture, I’m in my bathroom, post explant, post baby body, (skint!) and happy as a pig in shit. I’m showing my body off because I want to… And it’s liberating as fuck.